Hsp70 genes encode abundant heat-inducible 70-kDa hsps (hsp70s). In most eukaryotes hsp70 genes exist as part of a multigene family. They are found in most cellular compartments of eukaryotes including nuclei, mitochondria, chloroplasts, the endoplasmic reticulum and the cytosol, as well as in bacteria. The genes show a high degree of conservation, having at least 5O% identity (1). The N-terminal two thirds of hsp70s are more conserved than the C-terminal third. Hsp70 binds ATP with high affinity and possesses a weak ATPase activity which can be stimulated by binding to unfolded proteins and synthetic peptides (2). When hsc70 (constitutively expressed) present in mammalian cells was truncated, ATP binding activity was found to reside in an N-terminal fragment of 44 kDa which lacked peptide binding capacity. Polypeptide binding ability therefore resided within the Cterminal half (3). The structure of this ATP binding domain displays multiple features of nucleotide binding proteins (4).

When cells are subjected to metabolic stress (e.g., heat shock) a member of the hsp 70 family, hsp 70 (hsp72), is expressed; hsp 70 is highly related to hsc70 (>90% sequence identity). Constitutively expressed hsc70 rapidly forms a stable complex with the highly inducible hsp70 in cells following heat shock. The interaction of hsc70 with hsp 70 is regulated by ATP. These two heat shock proteins move together in the cell experiencing stress. Furthermore, research on hsc70 has implicates it with a role in facilitating the recovery of centrosomal structure and function after heat shock (6). 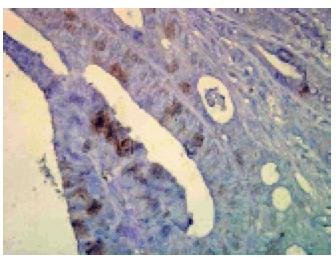 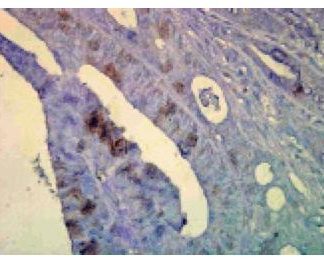